Grasses and their endophytes in a sub-arctic environment

Fine fescues are a large and ubiquitous group of morphologically similar fine leaved Festuca species. In this project we focus on F. rubra aggregate which is particularly interesting because taxonomy of the aggregate is largely unclear and it is well known for its high frequencies of systemic fungal endophytes – plant associated fungi that are suggested to expand distribution range of the host grass. In the symbiosis the host plants are associated with one fungal genotype which is maternally transmitted from mother plant to its offspring. Because these systemic endophytes often increase plant vigor, resistance to herbivores and pathogens, and tolerance to various environmental conditions, grass endophytes have usually been labeled as strong plant mutualists. Recently, however, an increasing number of exceptions to the purported endophytic mutualism have been reported, especially for native grasses. 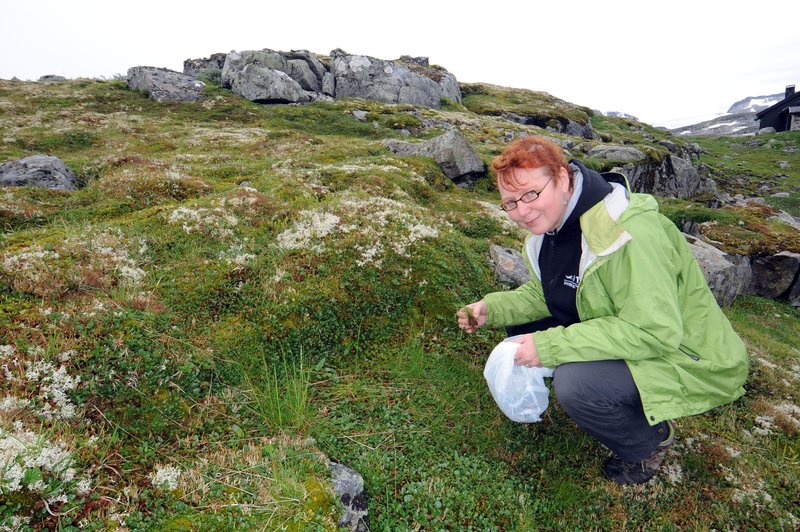 Specifically, we are studying the interaction between red fescue, Festuca rubra, and its endophyte, Epichloë festucae. We survey F. rubra plants for colonization frequency of the fungal endophyte and the plant ploidy level across distinct environmental conditions. In addition, we study the growth and reproduction of endophyte colonized and endophyte free plants in common garden experiments and reciprocal transplantations, and collect material taxonomical survey of the Festuca complex.