Revealing the secrets of migratory behaviour in Temminck’s Stints (completed)

Bird migration has fascinated man for centuries and various methods have been used to find out where birds are travelling. In the last few decades advanced technology made it possible to follow the journeys of individual birds in detail e.g. by applying satellite transmitters. However, a general problem has always been to make devices light enough for use on small birds. 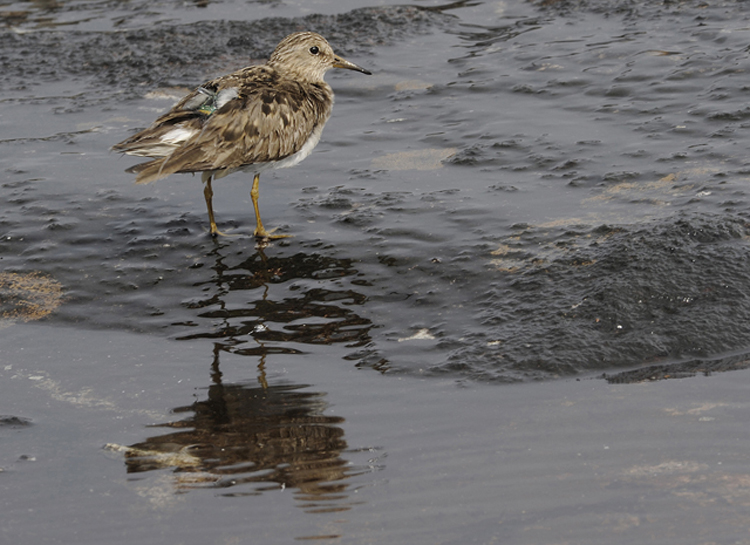 Recent developments in geolocator technology makes it possible to largely overcome the weight problems (devices weighing only 0.6 g), and it is now possible to carry out detailed studies of migration in much smaller bird species than before.

Geolocators measure environmental light levels and store the data in their internal memory. From such data we could estimate day length and the time of sunrise and sunset. If the device is attached to a bird, and the bird could be re-trapped one year later, the geolocator would provide light data from the localities where the marked bird has been. From these data it is possible to calculate quite exact geographic coordinates for these positions and thus construct a map of the migration route, as well as staging and wintering areas.

The Temminck’s Stint is one of the smallest shorebirds (average body mass approx. 25 g) breeding from Hardangervidda to eastern Siberia. Western populations spend the winter in Africa.

In this project we fitted geolocators to a total of 10 adult Temminck’s Stints at Finse, Hardangervidda (southern Norway) in late June 2010 and to an additional 20 birds in June 2011. In 2011 four of the birds marked in the previous season were re-sighted. All were trapped and the geolocators were collected. The migration data are yet to be analysed.

This project is organised through Bergen Museum, University of Bergen, and involves collaboration with leading researchers in geolocator technology at the Swiss Ornithological Institute.