Populations of small rodents, especially lemmings in alpine and arctic environments, show extreme fluctuations in density from year to year and their cyclic dynamics have interested ecologists for nearly a century. Population dynamics of lemmings are, however, difficult to study because densities are often very low and the spatial distribution among different habitats depends highly on season and population density. This limits the usefulness of traditional studies of population dynamics in fixed trapping grids covering a limited area. In this project we look at seasonal and multi-annual patch occupancy dynamics of lemmings and other small rodents over several square kilometers and relate this to habitat characteristics and population density. 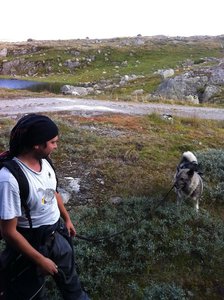