This project aims to utilise a relatively new approach that can help to understand the relative importance of climate and other external controls on palaeoglacier dynamics based on moraine sedimentology at Midtdalsbreen. 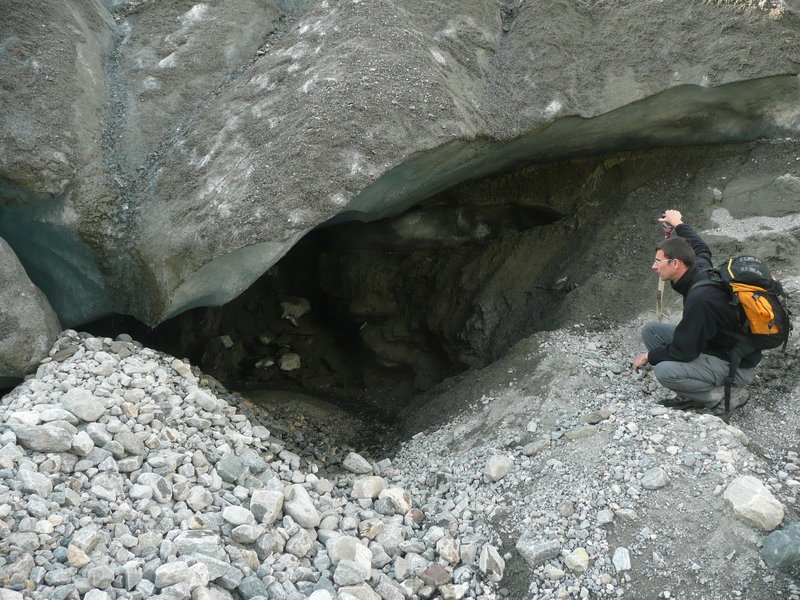 Ice masses (ice sheets, ice caps and glaciers etc.) are key components of the Earth System, because they are sensitive indicators of climate change and contribute substantially towards global sea-level rise. Both of these will have direct impacts on human civilization. As recognised by the IPCC, mountain glaciers are amongst the most sensitive indicators of climate change. It is therefore crucial to investigate the forcing on, and timescales of, glacier response to rapid climate change. As has been shown from elsewhere in the North Atlantic region, glaciers and ice masses in Norway have retreated significantly since the climate amelioration following the last cold peak in the region, the Younger Drays. In contrast to other regions in Scandinavia and the global trend, the maritime glaciers in mainland Norway advanced in the late 20th century, following a series of wet winters around 1990 (Andreassen et al. 2005). Since the year 2000, all monitored glaciers in Norway had a net mass deficit and retreated (Giesen & Oerlemans 2010). Sedimentologically, ice-marginal moraines can be regarded as the constructional sinks for glacially transported material that thus represent valuable terrestrial archives of past glacier response to climate change (e.g. Reinardy & Lukas 2009, 2010). 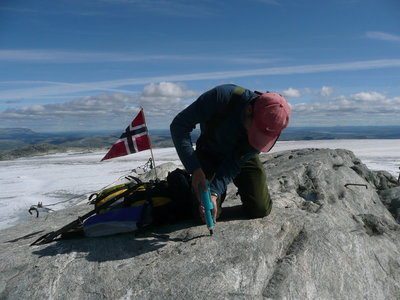 This project aims to utilise a relatively new approach that can help to understand the relative importance of climate and other external controls on palaeoglacier dynamics based on moraine sedimentology at Midtdalsbreen, southern Norway. This approach has already been successfully applied to the moraines of the neighbouring Jostedalsbreen. Detailed sedimentological analyses of the available sections in the glacier foreland will allow investigation of:

2) determine the processes leading to the formation of the moraines at the ice margins;

3) identify possible processes associated with the reworking of glacial deposits;

4) form a conceptual model of landform evolution that can be applied to both the modern and ancient glacial environments to determine whether the terrestrially glaciated areas of southern Norway are an appropriate analogue for other formally glaciated areas.

This project is funded by an INTERACT Transnational Access grant